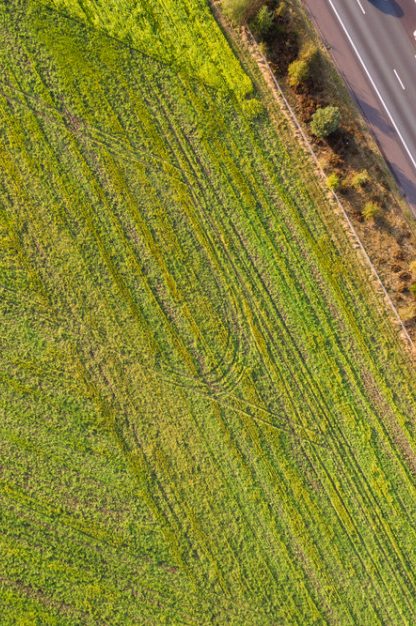 The shopping spree on the investment land market continues

The battle for investment land is still going on, and the lack of attractive assets feels more and more severe. This applies to all large cities in Poland. For a long time, no matter the place, the investment land has not been easily available. In contrast, there are both plenty of people willing to […]

The battle for investment land is still going on, and the lack of attractive assets feels more and more severe. This applies to all large cities in Poland. For a long time, no matter the place, the investment land has not been easily available. In contrast, there are both plenty of people willing to buy land, as well as free funds to finance these purchases. The money surplus is enormous. Investors are trying to invest their capital in land as soon as possible, for fears of inflation. Although the peak shopping spree, often associated with really risky decisions, has already passed, the situation continues to bear resemblance to the one we remember from the years 2007-2008, when everything was selling like hot cakes, at rapidly rising prices.

The appearance of new investors has shortened the sale process of attractive lands, which now usually closes within 3 months. In turn, the difficulty is the highly overestimated value of many plots of land or the unregulated ownership status of the property. The owners of land are also very reluctant to reserve the land through conditional or preliminary purchase agreements without deposit (earnest money).

Maximizing profits through investments in land

There are many companies willing to invest in land, despite the prices of land in some locations are growing in a blistering pace. The greatest shortage occurs in case of large plots for housing development in well-connected parts of cities. When the interesting plots of up to 5,000 m2 of residential and usage space appear on the market, even several companies compete for it. The larger the plot, the lower the number of competitors. Over the last two years, rates on the investment land market have increased by several dozen percent, depending on the location. Prices for 1 m2 of residential and usage space in attractive places in Warsaw or Krakow jumped by as much as 60 percent.

Investors, for fear of further increases, buy land to increase their future profits. They are not deterred by soaring construction costs and time-consuming administrative procedures. The purchase of land can be financed in a number of ways. Many transactions are based on loans, many is financed from ongoing development activities, and some from issuance of bonds.

The pro-ecological, high standard housing estates, in unique location, turned out to be a hit among housing investments in the last year. The recent changes have translated into the demand for flats in recreational and tourist-attractive locations.

The demand for land for residential buildings is further increased by the investments into premises for institutional quality lease. More and more development companies are involved in this type of projects, despite the lower margin. The share of the Private Rented Sector (PRS) in the sale of apartments as registered in 2021 by listed entities has already increased to over a dozen percent.

As in case of housing developments, we can talk about very high demand for land for the planned warehouse and industrial investments. Wherever we see changes, road infrastructure improvements or express roads planned for construction, the land is immediately secured with preliminary contracts. It is easier to find plots for logistics projects, as investments in this sector are also carried out in greenfield areas located outside the administrative borders of cities. Therefore, both the greater supply and less competition from investors looking for land for investments in residential or service and commercial sectors.

The land in required for both large-format investments with an area of ​​several dozen or over 100 thousand m2, as well as the so-called last mile warehouses and smaller municipal facilities. Investors from the warehouse sector are primarily interested in plots located near logistics hubs and in the vicinity of the largest cities, as well as plots located in smaller towns due to the rapidly growing online sales.

The warehouse market is currently experiencing a period of the development of speculative investments. The companies are not afraid to perform such projects, as the demand for warehouse space has never been growing so fast as now, and there is practically no free warehouses space available. This is largely related to the growth of the e-commerce market, which is expected to grow further in value in the coming years, at the average rate of several per cent per annum. Moreover, the change of the transport structure, shortening the supply chains or the growing demand for buffer areas, where inventories are stored, also affect this demand.

Similarly, the warehouses generate over half of the transaction volume on the investment market in Poland. Year by year, the logistics and industrial sectors are increasing their market share, reaching new highs. Our market is the point of interest of foreign capital from Europe, mainly from Germany, as well as North American and Asian companies.

Shares of small shopping centers are going up

Developers also share a keen interest in the construction of retail parks. The format now brings together as many as three-quarters of new investments in the retail sector. Retail parks, just like warehouses, have attracted more and more attention of funds and capital groups as investment assets. Although in Poland in 2021 the retail space has increased by 300,000 m2, with the same amount currently under construction, 70 percent of which being the retail parks, unfortunately there is still a shortage of this commodity. Hence, one-third of transactions for the purchase of commercial real properties from the last year concerned older-generation properties, dominated by properties owned by Tesco.

The recent popularity of retail parks and convenience centers has resulted in the increased interest of the investors to perform such projects. Investors often enter into these investments in order to diversify their real properties portfolio. However, of course there are also entities on the market that specialize only in this format.

The advantage of projects related to the construction of retail parks is that their construction process can be completed within 18 months, and the entry threshold is much lower in comparison to larger projects. In case of these projects, investors are looking for land mostly in smaller cities up to 100,000 or even 50,000 residents, in which market saturation is not too high.

Land in such locations is much cheaper than in the largest cities, which also translates into higher investment profitability. The most attractive plots of land for new projects are located in areas which can potentially be visited also by residents of the surrounding boroughs. In case of retail parks, the key to ensuring satisfactory returns on investment is to include in the list of tenants a popular foodstuff chainstore. This is not only one of the most important reasons for visiting a shopping center, but also influences the image of the facility. An interesting trend that we can observe recently is the appearance of new brands in retail parks, often boutique brands, that have never been present in such facilities before.

Land – the star of the investment market

The high activity on the investment land market is also evidenced by the transactions carried out in 2021 by LBC Invest, most of which concerned land real properties. In Wrocław and Kraków, we have supported our clients with comprehensive customer services for contracting of land in the implementation of development projects in the residential segment for over 45.000 m2 of residential and usable area. Some of them are under construction, and some are in the phase of obtaining building permits.

We also closed a few speculative transactions last year. We are currently performing activities on over 90 ha of land. In the last quarter of 2021, we also signed contracts for the performance of comprehensive investment processes, including commercialization for retail parks located in Krakow and two smaller cities – in Lesser Poland and Pomeranian regions, with investors both from Africa and Poland. We are currently in talks with Baltic States – mainly with Lithuania – interested in investing in the commercial sector.

Last year, we also managed transactions for the purchase of commercialized land, together with construction designs and a building permit, and at the same time concluding general contracting agreements with previously selected companies. Concluding the contract of sale in this form was a condition for the purchase of investment areas, especially those for retail parks and located in attractive locations, with a built-up area of ​​2,500 to 8,000 GLA.