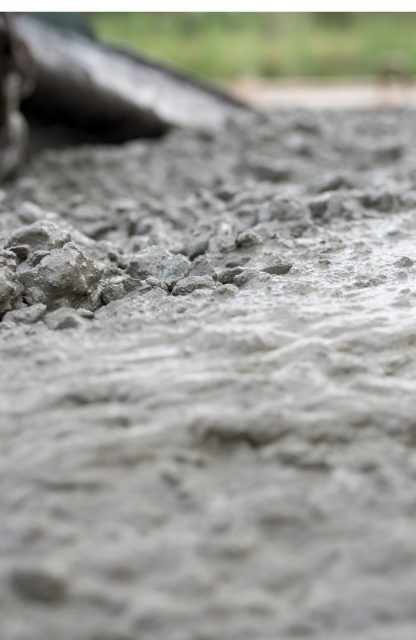 LAND PRICES ARE RISING AND WILL CONTINUE TO RISEN IN POLEND

The demand for investment land remains very high. Plots of land are sought mainly for warehouse and residential investment projects, as well as small retail projects such as retail parks.

Which plots of land are most in demand?

The demand for investment land remains very high. Plots of land are sought mainly for warehouse and residential investment projects, as well as small retail projects such as retail parks. Attractive plots in the largest cities are still of interest to housing developers, including companies with extensive land banks. There are also enquiries from investment funds, mainly from the Far East and South Africa.

Companies building flats are primarily looking for plots in large cities, with good transport connections to the centre, with a settled legal status and included in local zoning plans, which enable the construction of a large housing estate. In the absence of such land, they are also interested in more difficult plots, which require longer preparation for construction or implementation of additional infrastructure. They also take into account post-industrial sites with buildings to be demolished, provided that they are attractively located.

In turn, land for warehouses is most sought after on the outskirts of cities, where the so-called last mile logistics develops. Investors are interested in land in the vicinity of the largest urban agglomerations, mainly Warsaw, Wrocław, Kraków, Poznań and Tricity, with good access to motorways and expressways. They are also interested in locations where new road infrastructure and transport hubs are being developed.

What are the prices of investment land?

Developers who need well-located plots in the largest cities pay even several thousand zlotys per square metre. If a plot is offered on which it is possible to build immediately, the prices are so high that it is often unprofitable to buy it, because the offer rate per square metre of the flat, with a good margin, would exceed average market prices for a given location.

Nevertheless, development companies continue to purchase centrally located land at exorbitant prices. Most transactions of this kind are concluded in Warsaw. Plots in the Warsaw borough of Mokotów, for instance, are sold for PLN 14,000-16,000 per square meter.

Such prices are not only found in Warsaw. In one of the most attractive locations in Gdańsk, Wyspa Spichrzów, deals involving the purchase of plots at prices exceeding PLN 14,000 per metre are also being finalised. Despite the pandemic, prices of investment land continue to rise in major agglomerations in Poland. Over the last year they have increased significantly in attractive districts, especially in Warsaw and Kraków.

In the outer areas of cities, rates are not as high as those situated closer to the centre. In more remote districts, large plots of land with a price of PLN 2,000-3.000d PLN per metre can be found. Investors decide to buy them, as today flats close to nature in major agglomerations are much more sought after. The key issue here is only the amount of additional outlay required to secure the necessary infrastructure on such land. And the level of the total construction costs, and thus the margin that can be assumed for the planned investment project.

Prices of land for warehouses are also the highest in the Warsaw agglomeration, which is the largest logistics centre in Poland. Within the city limits one has to pay an average of PLN 450-650 per square metre. Plots located along main roads, between 10 or so and 30 kilometres from Warsaw, are already half as expensive, and the further one moves from the city, the lower the rates become.

The group of the most expensive locations for warehouses in the country includes Krakow, where land prices start at PLN 400/sq.m. Land in the Wrocław agglomeration also does not come cheap, with prices starting at PLN 200/sq.m. It is not cheap in the Wrocław agglomeration either, where land costs from PLN 200/sq.m. to PLN 300 per sq.m. However, the best-located plots for last-mile logistics costs PLN 300 per square metre. And it is in Wrocław that we observe the biggest growth of interest in investments in the logistics segment. Near Poznań, land costs twice as much as in Wrocław.

The expansion of the roads system in Poland brings new opportunities. A promising prospect are the eastern regions, or Zachodniopomorskie Voivodeship. These regions offer a much greater choice of land at lower prices.

Which way is commercial investment going?

In the current situation, companies are mainly withdrawing from office projects in favour of residential ones. Also multifunctional investment projects are being redesigned to take on more of a residential character. Small, older generation office buildings too are being demolished in Trójmiasto to make room for housing estates.

It is worth noting that some developers have started to dispose of land, because they do not want to build speculatively. In the centre of Gdańsk, interesting plots for office projects have recently been put up for sale. One of the most famous transactions concluded recently in the city was the purchase of a hectare plot in Gdańsk Oliwa, which is the largest office district in Trójmiasto. It was sold for over PLN 50 million. Interesting plots for office buildings can now also be bought in the centre of Wrocław.

In addition, the decision-making process is now taking longer. Investors are more cautious, but the demand for investment land is not decreasing. Unfortunately, attractive plots are few and far between. Hence, their prices will remain at the current high level, and in some locations they will continue to grow. The rate of growth will depend, among others, on how large the expected influx of new investors is going to be.

PROPERTY ASSET MANAGMENT- DOES IT PAY OFF? INVESTMENTS IN POLAN